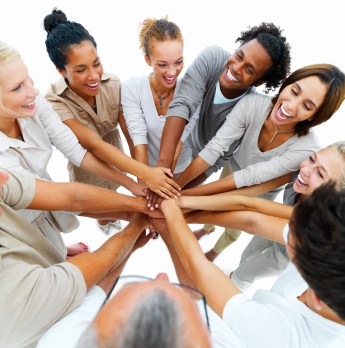 Perhaps the single greatest source of mental energy is positive interaction with others. Even if you were the class nerd in high school, it’s never too late to achieve social success. You can develop social confidence by following a few simple steps.

Schedule Your Social Life
To hone your social skills, you have to invest time in them. Practice makes perfect, even for the socially secure. By surrounding yourself with others, you create a rich supply of opportunities to observe interactions and improve upon your own social behaviors. Stop turning down party invitations and start inviting people to your home. Plan outings with acquaintances you’d like to know better.

Think Positive
Insecure people approach others anxiously, feeling they have to prove that they’re witty or interesting. Self-assured people expect others to respond positively — despite the fact that one of the most difficult social tasks is to join an activity that is already in progress.

Engage in Social Reconnaissance
The socially competent are highly skilled at information gathering, always scanning the scene for important details to guide their actions. They are tuned in to people’s expression of specific emotions and sensitive to signals that convey information about what people’s interests are — whether they want to be left alone or whether there is room in an activity for another person.

To infer correctly what others must be feeling, you must be able to identify and label your own experience accurately. That is where many people, particularly men, fall short. Good conversationalists make comments that are connected to what is said to them and to the social situation. You don’t have to be interesting. You just have to be interested.

Enter Conversations Gracefully
Timing is everything. After listening and observing on the perimeter of a group they want to join, the socially competent look for an opportunity to step in, knowing it doesn’t just happen. It usually appears as a lull in the conversation. Tuned in to the conversational or activity theme, the deft participant asks a question or elaborates on what someone else has already said. The idea is to use an open-ended question that lets others participate. For instance, “Speaking of the election, what does everybody think about so-and-so’s decision not to run?”

Once the conversation gets moving, back off and give others a chance to talk. The goal is to help the group have a better conversation.

Learn to Handle Failure
Everyone will sometimes be rejected. The socially confident don’t take rebuffs personally. They don’t attribute rejection to internal causes, such as being unlikable or inability to make friends. They assume it can result from any of many factors — incompatibility, someone else’s bad mood or a misunderstanding.

Self-assured people become resilient, using the feedback they get to shape another go at acceptance. When faced with failure, those who are well-liked turn a negative response into a counterproposal. They say things like, “Well, can we make a date for next week instead?” Or they move onto another group in the expectation that not every conversation is closed.

And, should they reject others’ bids to join with them, they do it in a positive way. They invariably offer a reason or counter with an alternative idea: “I would love to talk with you later.”

Manage Your Emotions
Social situations are incredibly complex and dynamic. There are all kinds of verbal and nonverbal cues (such as facial expression and voice tone) that have to be interpreted before you decide on the best response — all in a matter of microseconds. No one can do all that without a reasonable degree of control over their own emotional states, especially negative emotions such as anger, fear, anxiety and other emotions that usually arise in situations of conflict or uncertainty. The trick is to shift attention away from distressing stimuli toward positive aspects of a situation.

Defuse Disagreements
Conflict is inevitable; coping with confrontations is a critical social skill. Instead of fighting fire with fire, socially confident people stop conflict from escalating. They apologize, propose a joint activity, make a peace offering or negotiate. Sometimes they just change the subject. Managing conflict without aggression requires listening, communicating, taking the perspective of others, controlling negative emotions and problem-solving. Even just explaining your point of view in an argument is a helpful move.

Humor is the most prized social skill, the fast track to being liked. There’s no recipe for creating a sense of humor. But, even in your darkest moments, strive to see the lighter side of a situation.

If you want a very practical guide to social skills, I urge you to read Why Doesn’t Anybody Like Me? (William Morrow & Co.). I wrote it for parents to help their kids, but many adults tell me they get a lot out of it for themselves. To order a copy of this book, click here.

Hara Estroff Marano is Editor-At-Large of Psychology Today magazine and Editor-In-Chief of Psychology Today’s Blues Buster, a newsletter about depression. An award-winning writer on human behavior, Hara’s articles have appeared in publications including the New York Times, Smithsonian, Family Circle and The Ladies Home Journal. She lives in New York City.