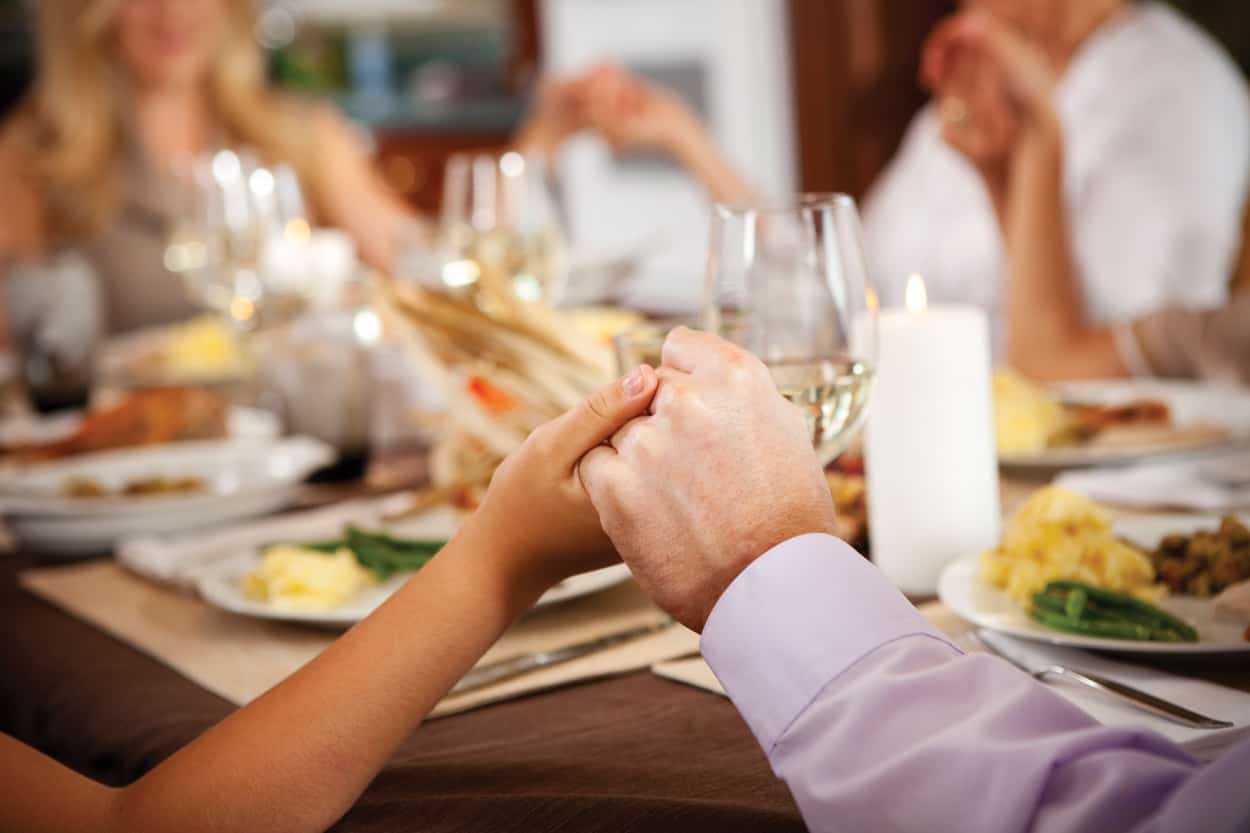 This article really speaks to my heart.  Too many of us get all stressed out this time of year and often lose sight of the true meaning of the season.
By:
Kathryn Drury Wagner

This season, avoid the usual meltdowns and instead forge meaningful connections.

Kelly Vickers had his hands full helping one Albuquerque family survive the happiest time of the year.

The family “had been devoutly Christian, but after the couple divorced, the father became an atheist,” he recalls. When it was the dad’s time with the children, he would spend it actively dismantling the moral values the mother was trying to install. It took all his skills as a professional mediator for Vickers to guide them “to a place of mutual respect and past the hard line of the beliefs.”

Vickers deals with family conflicts for a living, but for the rest of us, finding that place of mutual respect with our kin might be easier said than done.

“I see a lot of anxiety in clients during the holidays,” says Cara Barker, a Jungian analyst and author based in Bellevue, Washington. “The family is coming into town . . . They are bracing themselves: ‘Please, God, let me get through this with minimal damage.’”

What is it about the holidays that brings out the worst in families?

Let’s start with the obvious: We’re all in one room.

American culture is based on a nuclear, not an extended, family, explains Lina Kaplan, a clinical psychologist in Los Angeles. “People live farther from their families. They have less opportunity to interact; they are disconnected. If people do not have ongoing relationships, sharing the good moments and the bad, there’s an estrangement.” It’s hard to bridge that kind of gap during one dinner or weekend visit.

Kaplan says that people also expect others to magically change during the holidays. “It doesn’t work like that, and when it doesn’t, the disappoint can be more intense. It’s a breeding ground for resentment, hurt feelings, and vulnerability.”

“There’s nothing about the holidays that is inherently conflict rife,” he says. Instead, the holidays exacerbate underlying problems, such as dramatically different perceptions of the world, opposing beliefs about child rearing, or conflicts over money.

So can a family come together at the holiday table, both literally and metaphorically, without stabbing anyone with a fork? Yes, and here’s how.

DO LESS
“Lower the bar,” says Barker. Let go of perfectionism. “One year I was running around, getting my mother’s dishes out, ironing the tablecloth. I felt so martyred.” She stopped, deciding to have a simple picnic instead. “Who says that just because we’ve always used the cranberry glasses we have to use them again?”

When planning your Christmas Eve or Hanukkah, she suggests, “Look at your intention. How do you want to feel? What would facilitate having that experience this year—not forever, just this year?”

People tend to overload themselves, agrees Dan Baker, a psychologist and the author of What Happy People Know. “Too many activities, too much food, too much drink, too many expectations. People become agitated, aggravated, and depressed.”

He suggests having a “yes/no” ratio for your commitments. You might, for example, decline every third invitation. If you’ve already said yes to cousin Claire’s cookie swap and Uncle Benny’s New Year’s brunch, beg off from the neighborhood caroling. Otherwise, Baker says, you miss the essence and spirituality of the holidays. Focus on basic family get-togethers, he counsels, rather than “I have to get this $350 video game for the kids.”

HAVE A GAME PLAN
If there’s a relative you dread seeing, do some emotional reconnaissance. Pick up the phone the week before and chat with them, suggests Rabbi Shosh Dworsky, the associate chaplain for Jewish and Interfaith Life at Carleton College and a professional mediator at Dworsky Mediation in St. Paul, Minnesota. “Before you get thrown into a scene with 25 people in the room, connect in a less intense way.”

You can also plan a strategic support session. “I have a friend I always get together with on the 26th of December, and we debrief the whole season,” says Barker. “There’s such a letdown after the holidays, particularly for women.”

PASS THE ASSAULT
Many families have a character who seems oblivious to, or revels in, the provocative—a chauvinist uncle who baits your feminist wife, or a cousin who cracks homophobic jokes. How do you deal with these awkward encounters? Vickers suggests tabling the issue. “Say, ‘Hey, that’s something we need to discuss in January.’ You are telling them they’ve been heard, but you’re not allowing them to pull you away from the joy of the holiday season.”

Among rabbis, Dworsky says, “We have the expression ‘the nonanxious presence.’

If you’re very worked up, thinking you need a special session with your therapist before a holiday, you could decide, ‘This year, I’m going to be the nonanxious presence,’ and just observe and listen, instead of trying to put someone in his place.”

She also suggests taking mental notes, such as, Oh, I noticed that when my mother asked me about my weight, my blood pressure went up. You’re not judging the experience, just noting it.

Steer clear of two classic land mines: religion and politics. Even if you no longer share in your family’s belief systems, you need to respect them, says Baker. “If I’m going home and I have been raised in an Orthodox or fundamentalist home, I am going to honor that. It’s their territory. You’re an adult. Read their scriptures or say their prayers. Simply because I have changed my point of view doesn’t mean their point of view is now wrong. That’s part of giving during the holidays. Politics, too, it’s a very emotional topic. Unless you have the communication skills to manage that properly, and most people don’t, don’t go there.”

If all else fails, take a break. “You can say, ‘This conversation doesn’t feel comfortable to me. I’ll be back in a few minutes.’ That’s so much better than ‘I can’t stand the way you talk to me’ and storming off,” says Robinson.

Maybe it’s just not a great time to have a meaningful connection, adds Dworsky. “Go to the kitchen and calm down.”

THE EMPTY CHAIR
Another surprising cause of conflict: grief.

“More often than not, there’s some family history, something difficult that has occurred, like a loss,” says Vickers. “I have counseled a lot of people who lost loved ones during the holidays, and it can be such a reminder.”

Families tend to do a little dance, says Barker: “Do we talk about it? Do we not talk about it? Should we just talk about the Bowl Game?” Barker suggests having a table of remembrance with a photo and a candle. You’re acknowledging the person with a physical space, but also marking “that life can move forward if we let it.”

Divorce can cause similar bereavement. “Does Daddy take Christmas Eve and Mom take Christmas?” asks Vickers. “There are years you won’t be with your child on Christmas. That’s devastating.”

Rather than trying to replicate the past, work to forge new memories. Maybe this is the year to go to a new city and have an adventure away. Or maybe you’ll spend time with a “chosen family” of close friends. “Family can be up to you to expand or contract. If you want a bigger experience, you expand your definitions,” says Barker.

CAN WE FIX THIS BY THURSDAY?
Good news: Even you can survive the holidays. “People have an extraordinary ability to put on the mask that is necessary to get through with a façade of peace,” says Vickers.

But if you want to really fix the problem, the deeper work takes longer to resolve.  Barker compares it to eating a 2,000-pound turkey.

“You certainly couldn’t eat it at one sitting, but gradually you could. Conflict resolution means taking one bite at a time.” S&H